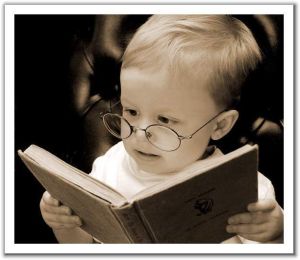 Since the days old, reading has been an Art form for people. Either it be the pleasure gleaned in solitude or enjoyed en masse. While reading in itself was not possible for many at the time, the alternative was as enlightening and entertaining. This alternative was the art of story telling, where one is transported to the magic world being talked about.

These stories, either being read or being heard, were not necessarily fantasy or fiction, they also tended to be stories about the people around the world. Stories of different cultures, different traditions, different languages which in essence was like fiction etched out from the far reaches of a scholar’s mind but were instead the accounts that many travellers have had compiled.

These endeavours not only brought about a sense of peace and calm to the people but was also educational (not academic) but educational because people were gaining knowledge about a species that were as same as them while as different as two could be. This resulted in learning different skills from different tribes and races.

Afterwards, when a common man had had access to academic education and learnt to read and write for himself, reading books became not just a part of their free time when they relaxed but rather it became a daily thing. Reading started to become a chore for some as they were forced into this habit for academic purposes while others found a friend with whom they could spend hours and hours.

To a few it was not simply reading a new story that was made available to them, it was a new world altogether to experience amongst the fragrance of paper and leather (as books were commonly leather bound in times of old).

Time went on and the books that had helped broadening the minds of the human beings – or rather helped them develop confidence in themselves to think out of the box – resulted in mankind coming up with new technologies everyday. These were ways in which people could engage to relax, to gain knowledge and to entertain themselves. But of course new discoveries and inventions are all good and have made our lives easier without which we (especially today) cannot even imagine our lives.

But with this entire advantageous journey into the comforts of the world, we seem to have broken that connection that apparently brought it all about. People have stopped reading. Not just the reading that could be associated with the peace of mind but the one that may as well shred our peace of mind as well (all the reading for academic purposes). When the need arises to look up something, a book is never even on the list rather it is “Google”. Google is what searches the database of the world for us for a teeny bit of an answer. Even with that much convenience at hand people (today) cannot be bothered about reading that article (complete article) at least. What they do is to read a four line paragraph that pertains to their particular question at the time.

Many who read this piece may wonder that why does she care? It is none of her business how anybody spends their time and much more. Believe me you are totally justified (at least as far as I am concerned).Now this makes me liable to put forward my justification for what may seem like a criticism to what many are doing.

So here it goes.

I am not in the least bit stating that what everyone is doing is right or wrong. Everyone is blessed enough to know what is right for them. The only reason I decided to put this up here was to reminisce about the time when people enjoyed doing what I still like doing today. No matter how busy my schedule is, I take out time to read. The pleasure that I get out of this habit of mine is something that many have been letting go for a long time now.

Note: Not taking any sides in here as if it were a debate. Just stating my point of view.